Skip to content
Adam Baker is no Weekend Warrior. He may be currently raising a young family in beautiful Sydney, Australia but he began his love affair with skiing as a four year old at Whiteface, USA, host to the 1932 and 1980 Winter Olympic Games.
ADAM
Racing Slalom, Giant Slalom and Super G, he qualified for the USA Junior Olympics at age 14.  Growing up geographically isolated from any neighbours in Port Kent, New York State, he grew accustomed to donning knee high wool socks, cross country skis and boots and heading out into a moonlit night with his family.  When choosing to cheat on his local ski resort (Whiteface Mountain), Adam courted Paleface, Gore Mountain, Stowe and Killington, but always returned to Whiteface, his true ski-love.  Bringing good luck with him, as he moved to Australia in 2004, Adam enjoyed his first Australian snow winter in 2005 in Thredbo and Perisher, enjoying a bumper season, “lucky e ough to experience a dump!” .
Adam shares Whiteface below:
THE LOCAL PERSPECTIVE
Well known as a ‘challenging’ mountain and not for the faint of heart, Whiteface has the highest vertical drop in Eastern USA (3,430 feet) along with a trail that’s 5.6 kms long. Trail names include Excelsior, Wilderness, Skyward and the infamous Cloudspin, Trailhead to the Mens Downhill with two massive bone shattering headwalls.  Views and visibility from its elevation are breathtaking.  Whiteface is on the northern side of the Adirondack mountain range with striking vistas south to the “High Peaks” (46 of them, Mount Marcy being the highest and also headwaters to the mighty Hudson River which flows 500 kms to NYC.  To the east is beautiful Lake Champlain, the 180km long glacier lake that is the northern border between NY State and Vermont.  And to the north, on very clear days, you may just catch a glimpse of Montreal.
Whiteface is a mountain frequented by locals but happy to host and collect money from the odd bus tour of New York/New Jersey tourists.  It can have its fair share of French Canadian skiers down from Montreal.  A snowy version of Aussie ‘Nippers’ (kids surf life saving training) on the weekends.  As a kid, my father and I would be in the car by 7am for the 35 minute drive (depending on road conditions) and make sure we got first tracks.  Eventually I convinced my dad to become a volunteer ski patrol so the entire family would be a free season pass.  Sweet.
BEST TO LEAVE HIGH MAINTENANCE GIRLFRIENDS AT HOME
Whiteface can be extremely cold with windchill well below 30+ degrees Celsius and deservedly earning the nickname of “Ice face”.  It’s a hardcore, no frills, racers mountain with extremely long runs, steeps and customer service of a quality that comes with being a state run facility.  Yes, Whiteface is owned by the State of New York.  Always has been as Whiteface is located in the Adirondack State Park, the largest State Park in the USA.  With that comes heaps of environmental protection policies which limited almost all development on and around the mountain.  So there’s no resort per se, but a 25 minute drive through “the notch” (a tricky, windy drive along the Ausable river) brings you to the village of Lake Placid, NY, a very genuine and isolated mountain town with an eclectic mix of old school Olympians, service industry lifers, tradies and bohemians –all having the love of snow and mountains in common.
FOR THE NON-SKIERS?
Off mountain activities are unlike any other ski town I know. A bobsled ride with a professional driver, a very careful peak at the start ramp of the 80 meter ski jump or a moment of silence at the the site of the 1980 miracle on ice –the young US Ice hockey team’s defeat of the evil commie russians. 🙂  Or do what the town is best at… drink lots of beer and local brewed beer at that.
BARGAIN HUNTERS TAKE NOTE
So here’s the kicker.  How much is a Season’s pass for 2012?
$400 for a “non holiday pass” and $700 for adult full season.
The price for under 6 years old is $30.
And $300 for 7-12 year olds                          OMG Thredbo!  🙂
Photos from Adam courtesy of
http://adirondacklifestyleblog.com/2010/10/telemark-tuesday-bonus-whiteface-chosen-best-ski-resort-in-the-northeast/ 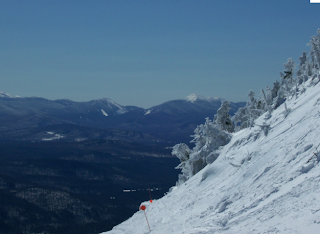 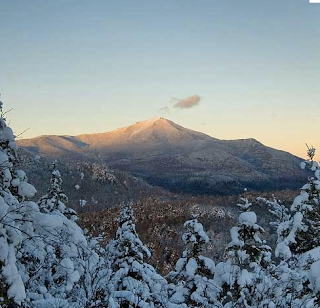 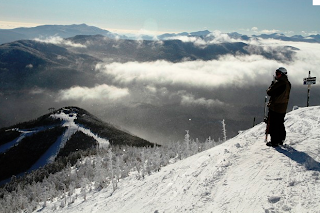 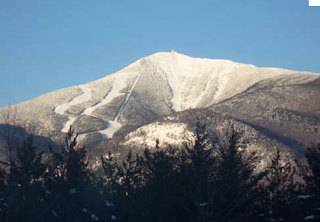 Emma lives and breathes her skiing passion, through writing and podcasting www.lovingthesnowlife.com. In particular Emma loves North American and Japanese snow resorts and has loved sharing on snow experiences with her young family. Buffalo wings, hot chocolate and okonomiyaki are always part of a snowlife!